Creating miniatures and models and the feeling of surprise they elicit is perhaps always popular when it is no longer possible to measure a new, grown world with the measuring tapes of the existing system. Then systematists check their calibration tools and artists start to work. They make the world smaller. They create miniatures to look down on them and to get a new perspective on things.

Jo Zarth, model maker and designer, has entered the subcutaneous world of Chinese skyscrapers and migrant workers’ settlements with its miniaturised hot food stand models. Zarth makes these models because, to him, they serve as a reference value for an economic model: a miniature of global economy,  often  illegal  and  far  below  the  huge  sales  volume of global trade and capital transactions, but still  tightly  interwoven  within  them.  Without globalisation, no Chinese economic miracle; without  the  Chinese  economic  miracle,  no  hungry workers and employees fed by cooks pragmatically and with tradition in crooked installations in the hearts of the megacities. A global cooking precarity that rules over chilli oil and slices of ginger and satisfies the need for dishes that taste like home. Regional cooking in the melting pots of the global economy, the ore for the woks shipped from Vladivostok, the wood of the knife’s handle from the Amazon River delta, Coca-Cola – the import of an American cultural asset.

Zarth’s hot food stand miniatures continue this game of deception. The propane gas bottles have once been Kinder surprise eggs with German imprint but made in china, the gas lines are made from iPod headphone cables. However, Zarth’s most important materials are offset printing plates required for printing newspapers as well as leaflets, for power outlet strips made in Nanjing. Zarth buys anything that cannot be made out of odds and ends from specialist shops for dolls house furniture and accessories, ordering on the internet and receiving material from England and the USA: global cycles for making small models, instead of unique valuables, small business reconstructed.

His diminished wok pans, folding tables and propane  gas  bottles  follow  a  typology;  they  are isolated details of Chinese street life seen through the cool eyes of the systematist than the revelling eyes of the tourist. With inconceivable richness in detail and a trained eye for shabbiness, Zarth prevents his models from being cute or exotically romanticised. With startling illusionism as an extra, there is a plastic bag with microcosmic scallions dangling from a motor scooter handlebar and the miniaturised wok is covered with a greasy layer.

Zarth’s haul from China is perhaps a testimony of the wars fought today, in front of the computers of exporters and day traders. A war of purchasing power parities: Who will be stronger? Will there be more German tourists in China or more Chinese tourists in Germany in the future? Also a war about the direction of the imperial view: Is China a former semi-colony or is it a colonist itself now?

Anti-idyll with a grease film, Zarth’s miniatures help to explore this foreign world of China that gives you the idea of being a model for our world; efficiency, reload of modernity, a form of urbanism already pronounced dead in the “old” world. The “new” world of the lashingly booming Asia is standardised by Zarth’s hot food stand models using exactly the shabbiness and improvisation that contradicts with the shiny skyscrapers; because at the feet of the Chinese dreams are nailed wooden fences and people craving for dumplings and stir-fry dishes.

With his models, Zarth attempts to systematise everyday life beyond our imagination of the Chinese boom in a curious and empathetic way. He is driven by the wish to understand a part of the country with the help of his hot food stands. Zarth’s models capture the poetry of life-size hot food stands. The perforated slats and chipboards are the place where the cooks compete to win the favour of the palate. By miniaturising the hot food stands, Zarth boils down this poetry. 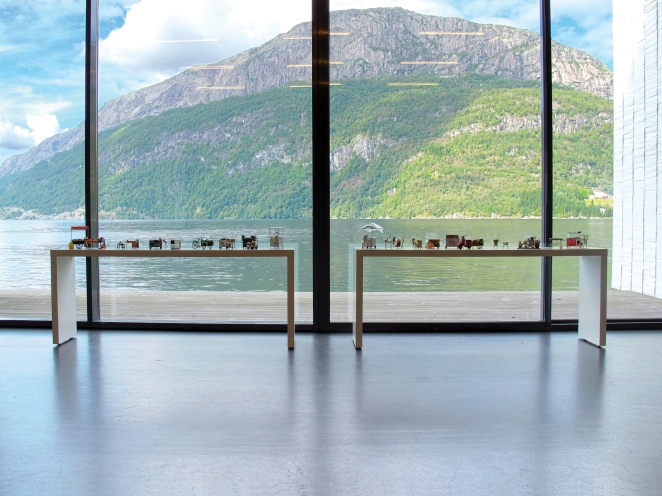